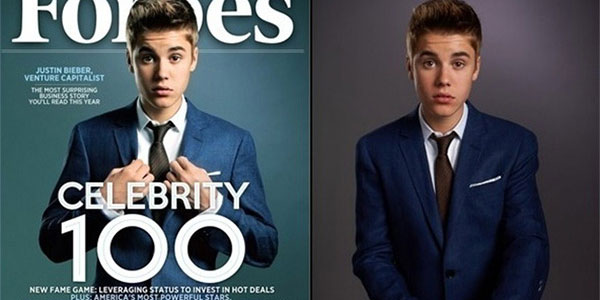 (This post was originally published on Flipfilter.com. Head over using this link to see the comments)

If you’ve landed here because you think this article is about Justin Bieber, you’re in for severe disappointment. This has very little to do with JB, and is actually about buying websites and internet businesses whilst avoiding financial ruin.

So if you are a Belieber, the whole world is laughing at you. Once, for being a fan of Justin Bieber and again for falling for my linkbait.

But don’t feel too bad, you’re not the only one.

A few days ago a story broke about RapGenius.com – a site where users can annotate lyrics of their favourite songs with what they believed to be the meaning behind the words. On the surface, you might be thinking “oh … another lyrics site”, but there’s more to the business than what you see on the surface.

First there’s the market opportunity; music lyrics are one of the most searched for terms on the internet, but RG didn’t limit themselves to just music. As their site grew, people began to annotate books, poetry, news and even political speeches. They started to move away from being another generic lyrics site monetized by selling ringtones (… people are still buy ringtones right?), and became more about annotating the web. Apart from being one of the fastest growing Y-Combinator startups of all time receiving up to 27 million monthly visits pre drama, they also attracted a host of celebrity contributors who did wonders for their credibility and PR profile.

Unfortunately, I have no idea who the rapper is, but if he dresses like that he must be important.

This didn’t go unnoticed from Netscape founder Marc Andreessen whose firm invested $15 million earlier last year. All seemed to be going well for the three Yale founders, who would frequently stir up their own brand of ‘look at me I’m so controversial in my own privileged middle class way’ publicity, but then disaster struck.

Call it ‘growth hacking’ or call it black hat seo (like we did in our day), but the site’s founders engaged in a half-baked plan to increase their site’s traffic by riding on the back of Justin Bieber searches (the most searched for music ‘artist’ on the internet along with Miley Cyrus). They asked music bloggers to engage in their ‘affiliate program’, which is a term that ironically needs some annotation, as in this case it meant exchanging a tweet from the Rap Genius account for links from that blogger’s site. One blogger decided to out their plan http://jmarbach.com/rapgenius-growth-hack-exposed.

Guess what happened next …

The site received the ultimate penalty from Google short of a complete removal, and had all of its results demoted beyond page 7 of their search results.

If you’ve been buying websites or internet businesses long enough, then it’s highly likely you would have been burnt at some point; it’s a learning curve that teaches you what not to do. Personally, I wouldn’t spend more than $15K on a site that relied so heavily on Google traffic, so I wouldn’t like to be the analyst at Andreessen Horowitz who gave the green light to their $15 million investment. If you think that talking blender you bought at Thanksgiving gave you buyer’s remorse, try waking up and being that guy.

RG will surely have traffic from other sources such as referrals, social and type-ins, but making the jump from 27 million monthly visits to around 1.5 million (and still descending) now puts RapGenius in the high end Flippa listing category.

It’s unlikely the blacklisting will be permanent. Also that VC money will go a long way towards doing one hell of a detox, but the site’s future is now a little more uncertain – or at least less certain that it was when they claimed to soon have the World’s Biggest Website.

If you have to have it, then know how to fix it

There’s a lesson to be learnt about investing in or buying sites that rely so heavily on anything that’s free. Without a payment of some kind, you have no control and without control it’s impossible to make long term plans.

If more than 75% of a site’s traffic originates from Google, or any other search engine, then you need to assume the cost of changing that in your overall purchase price.

I’m not suggesting you should completely avoid sites dependant on organic traffic, but you should have an immediate plan (and budget) to diversify once you’ve made the purchase. This can be through

So what did Justin Bieber teach us about buying websites?

What did Rap Genius teach us about buying websites?

Also nothing, but I figured that piggybacking on current events was a great way to get the message out and appropriate considering the context of the story.

If you’re buying a site that is heavily dependent on a free resource to operate then think twice. A free resource isn’t just limited to search traffic, but it extends to forums that rely on volunteer moderators or web apps which use free APIs for example.

If you do proceed with the purchase, then your priority should be to diversify and move away from whatever it is that creates your dependency. In the case of traffic, this means diversifying your traffic portfolio to dilute the amount that free source contributes.

Hopefully, you’ll someday be in a position to spend $15 million on a website. Hopefully, you’ll never spend $15 million on one that loses more than half of its traffic a year later (then tries to back pedal with a feeble PR distraction). What’s next for the site leaves more than a few questions unanswered, like how does this affect their growth and profitability, will they struggle to attract further rounds of capital and when did Justin Bieber become rap?

The big question is, given their current problems, would you still buy Rap Genius if the money was no object?

Struggling to find websites for sale at a price that makes sense? 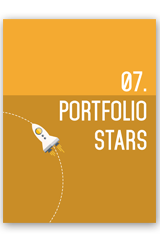 I'm Justin Gilchrist, the co-founder of Centurica, an agency that provides due diligence and consulting services to online business investors. Prior to Centurica I bought, built and sold a variety of online and offline businesses with a focus on web applications and eCommerce. I've also recently published the book Digitally Wed - an Entrepreneur's guide to buying profitable web-based businesses.

Three years ago, Flippa completely dominated the industry for buying and selling sub $200K sites. I wrote an article back...