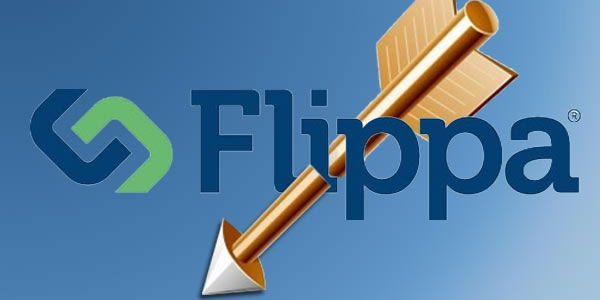 (This post was originally published on Flipfilter.com. Head over using this link to see the comments)

This morning I had a comment on a blog post from three years ago, written around when I had just started blogging.

I wrote an article a while back on Flipfilter’s blog called “Our Industry needs a Hero”. It was 2010 and the height of the website flipping boom. People were getting rich and everybody wanted a piece of the action. Template sites with no revenue, no traffic and cloned content sold for up to $800, as fast as their creators could build them. For those of you that missed it, it was sort of like the 80s, just with less disco and no crack cocaine – although it’s debatable what some buyers consumed before hitting the buy-it-now button.

Like with any boom, there’s always going to be a bust (it came around a year later), but some companies and individuals rode that rollercoaster and made good money directly and indirectly.

At the time, Flippa was a rising star in the Sitepoint portfolio and then the largest marketplace for buying and selling websites and internet businesses. It wasn’t a case of right place right time; they hired smart people and hacked the life out of the opportunity, building a successful web business that had no choice but to be a market leader. The idea behind the article was looking at what it would take for a company to come along and be a serious contender. After all, a monopoly in any situation can’t be a good thing right?

Maybe I should have wrote this post Memento style, starting now and going back in time because you all know how this ends – Flippa is still the uncontested leader in this space. The last few years haven’t been entirely uneventful though.

As a guess, I’d say nearly 30 companies have tried and failed, and that’s just the ones who made a big enough impact to be noticed. Some of these companies were from fairly smart entrepreneurs, so not all of the failures can be attributed to managerial incompetence.

IMO, the most common problems amongt the failures, in no particular order, seemed to be:

Perhaps this is a symptom of some of the other problems further down the list, but it certainly seems to be the most common.

Almost all the sites that failed had an issue attracting enough quality listings to attract enough quality buyers. If you’ve been on the backend of this industry long enough, as a broker or marketplace-person of some kind, then you’ll know all the demand is on the buy-side. There is currently a shortfall in quality, reasonably priced listings in the $50 – $500K range, and every marketplace that started seemed oblivious to this issue either by targeting small sub $20K sellers, or by paying little attention to attracting sellers and spending money to recruit buyers instead.

When listings seemed to dry up, many of the marketplaces went after the low-hanging fruit; you know the type – little revenue, six months old and a ridiculous valuation. From a seller’s perspective I wouldn’t want my *serious* business to be rubbing shoulders with template sites and other digital undesirables, and this then probably set the bar for the type of listing they would go on to attract. Inevitably, all of these marketplaces soon imploded.

It’s easy saying this in hindsight, but surely you knew that wouldn’t work right? (FYI, I made the last one up). Flippa didn’t gain success because people wanted a cheap option. Digital Point had that market cornered, so it’s amazing how many people think this makes a game-changer.

Forget the game, change the record.

I think it’s fair to say that if you paid less than $200 for your ‘Marketplace’ it probably isn’t a marketplace. The only people who ever got rich from a Flippa Clone template were Agriya, and strangely 80% of the failures looked strikingly alike even when all of the owners claimed to have spent $0,000s on custom development.

Design isn’t everything, but trust is important when people are conducting high value transactions. Trust partly comes from design and a good original UX.

Failing to spend (any) money

I can’t speculate on how much Flippa spend on advertising, but I know they did a lot of re targeting in 2012 with Flash adverts that showed you the last auction you viewed and its current price.

If you’re a super smart growth hacker, or you have a lot of connections that will supply the highest quality listings on tap, then there’s no need to spend any money to recruit customers but that’s rarely the case. Trying to crack the problem without a sizable budget for customer acquisition is like taking a pea-shooter into a gun fight, and then realizing you’ve actually turned up at a bomb fight but no one told you. Still, people tried – with no budget, and ultimately failed.

So how is all of your bitching constructive to this industry?

This isn’t a general rant (well only a little), although I appreciate why you would think that. I’m not condemning the effort made by those who tried and failed, as they were the few who took action rather than moaning about how awful things were and how they could do a better job.

Three years on, we still have a problem without an abundance of good solutions. There’s a big market of people willing to invest in sustainable internet businesses, and a much smaller, but still viable market of people who have a business that for one reason or another they would like to sell. Finding an effective way of connecting these two parties seems to be the golden unicorn, and building a Flippa-like marketplace isn’t the only way to do it.

Some people have made a pretty good dent without competing head-on and it’s likely that more will continue to do so.

Justin and Joe at Empire Flippers have tried building a marketplace with an entirely different model, putting the emphasis on delivering value to the seller. They have a sizable audience so will probably crack the critical mass issue without too many problems.

Also there’s the half-broker, half marketplace approach. A few years ago I spoke about how internet-only brokers would rise in popularity, and that seems set to continue. They’re slowly filling the gap left by Flippa for those elusive $50k – $500K deals. They don’t have the traditional nuances of a marketplace but arguably don’t need them.

In hindsight, perhaps Flippa didn’t need competition after all or rather not direct competition.

The problems that they solve as a marketplace (marketing, security, payment facilitation) have all been solved by indirect competitors, proving a solution can exist without being a me-too. As the number of clones subside, I’m curious to see if any company will successfully take a significant chunk out of the market in 2014. I'm Justin Gilchrist, the co-founder of Centurica, an agency that provides due diligence and consulting services to online business investors. Prior to Centurica I bought, built and sold a variety of online and offline businesses with a focus on web applications and eCommerce. I've also recently published the book Digitally Wed - an Entrepreneur's guide to buying profitable web-based businesses.